A while ago I read about the ’20 second rule’, it states: “If you can make the positive habit 3 to 20 seconds easier to start, your likelihood of doing it rises dramatically. You can also flip this for negative habits by doing the same thing. Watching too much television? Just take the batteries of the remote control – this creates a 20 second delay so dramatically decreases the amount of television people will watch.”  Shawn Achor said that on Eric Barkers’ blog.
So basically: make good habits less difficult to stick to and build friction to break bad habits… Is that it?!
There were quite a few habits I wanted to improve, so I did an experiment – the short answer is: this stuff works! What did I want to change:

Less time on the phone

So, why do I want to spend less time on the phone? In the past I noticed that I’d grab my phone purely out of habit, not for necessity, but just to kill some time. I’d check the news – even if I’d already checked the news 10 minutes ago. I had a routine of checking apps for anything new, but I repeated this routine too often.

I have a theory on this by the way… 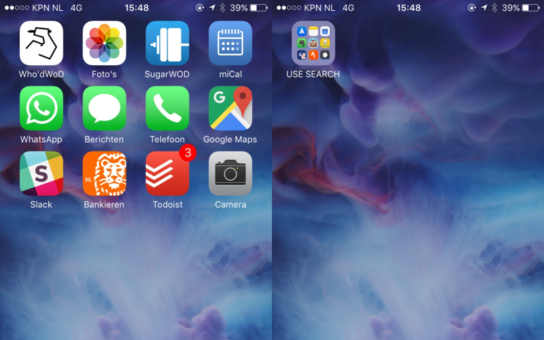 As humans we love to get validated. To be seen and appreciated. Every time we receive a ‘like’ or ‘comment’, we get validated in our being. This gives us a good feeling, possibly even creating a dopamine release in our brain (euphoria). And, of course we want more of that, so… we spend more and more time on our screens in an attempt to find validation.
To make it 20 seconds harder I did a few things:

First, I wondered if I should delete my Facebook account; but, it has far too many valuable groups and connections for me to stop entirely. What I did instead was a bit radical for me: I cleaned my timeline out… Stopped following everything but 1 or 2 groups for study purposes and I put everyone I valued into groups: “family”, “best friends” or “acquaintances” and some for interests. This significantly reduced my aimless scrolling through Facebook. After I started to plan “distraction time” it was even better! When I did check Facebook, I checked the groups that mattered most and stopped absorbing fake or foolish news altogether. What a great hack!

This habit was the easiest for me to implement, although I have to admit that I have been slacking in this department. What I did was: carry a book at all times! Not an eBook on a device, but a real book – this allowed me to ‘disconnect’ and freed my eyes from a screen for 15 to 30 minutes. How liberating… I have the same rule for my 13-week journal: I carry this with me at all times too! And for reading, I really need to get back to implementing this rule again – I still have a few books I want to finish this year.
What habits do you want to break or improve? What can you do to make it 20 seconds easier or harder for you?
Thanks for reading, you are awesome. You know that, right?!