How about this theme “Reality”?! When I found out, my head exploded with so many ideas. You can go so many ways with this subject. Virtual reality. Alternate reality. Augmented reality. I mean what is “reality”…

I asked wikipedia and I found out that the consensus is that “reality is the state of things as they actually exist” and also that it has nothing to do with our feelings and believes.

Well that just wonderful. Reality may be as it is, we have to deal with it and we deal with a tiny portion through our perspective and perception. And yes, that comes with many feelings and believes.

Today I want to share a very personal experience of how my perspective of reality limited me in my business and as a person. Because the reality is, that I am a freelancer. I design websites for my beloved clients and they pay me for the time that I spend on their projects.

It is a trade: I dedicate my time: they give me money.

If I reduce this and ask myself “what is the core business?”, you could say that I am in the business of selling time boxed units of skills and knowledge. Within these units I may be designing, consulting or analyzing but my core business is to sell all available units. And the only resource I have available, is me. I am the only asset my business has to make money. My business has to rely on my own efforts for it’s only stream of revenue.

For years I never really thought about this, I was too busy working to create other people’s businesses that I forgot to mind my own business. Also, I didn’t care that my income was tied to my hours, it even gave me a sense of freedom. If I wanted or needed some time off, I’d take the time off. Nobody would ask me if I had enough vacation time saved up. I could basically do was I pleased, as long as I delivered as promised and showed up when expected.

Now, the funniest thing about this is, is that I challenge and optimize my clients’ business models for a living. I have strong feelings and opinions about that. Yet, when it comes to my own business model… I have come to just accept it as a reality.

And a little side note: I didn’t want to hire staff of contractors. So, over time I had maneuvered myself into a position of being a high paid, high quality, flexible employee – with a different legal status.

I liked the upsides from that position but ignored the obvious downsides for as long as possible. As they say “if it ain’t broken… don’t try to fix it…”. 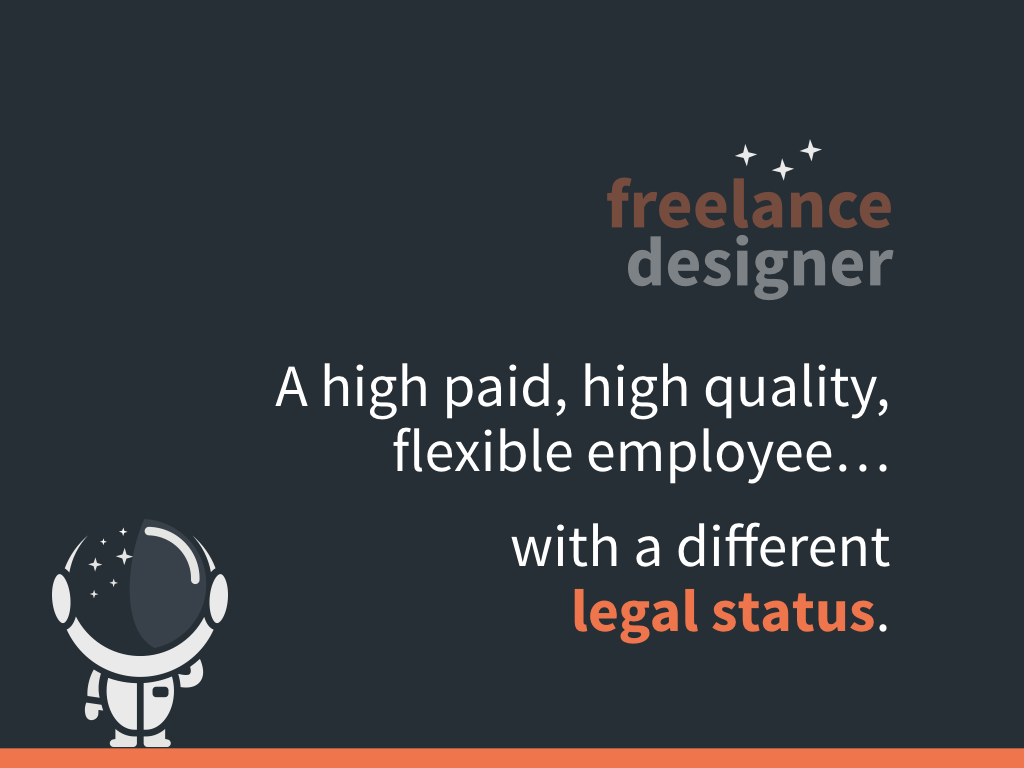 “… a little side note: I didn’t want to hire staff of contractors. So, over time I had maneuvered myself into a position of being a high paid, high quality, flexible employee – with a different legal status…”

But what if something does break?

I never expected to get so sick that I couldn’t work, but I did. Nothing life threatening, but very debilitating. And my core business? I suddenly had a lot less less units to see, because the asset was broken.

I found out that I had a hard time making decisions and I tried to avoid making them, I would just wait for it to become obsolete or that someone else would make the decision for me.

This one I discovered much later. My tendency to neglect, can lead to what I call overdue maintenance. Only dealing with what was going on right now in the day to day events, not looking ahead for trouble. Trouble that could easily be avoided with a little vision and attention. In stead I did the bare minimum to avoid collaps, only to avoid that same thing from happening.

About having a limited perspective

But the big underlying problem of it all was my limited perspective. For the life of me I could not invision myself in the years to come. My perspective was limited to a few months. Further down the line it was a black hole. Again, being caught up in the day to day events, I didn’t concern my self with a possible future because I had my hands full with ‘the now’.

You can compare that to navigating with a very small flashlight. Your perception depents on how far your flashlight can illuminate and from which vantage point your are looking.

When you and I both look at reality (which is as it actually exists and therfor is the same) – each of us will probebly see something different, because you may have a bigger flashlight, or another perspective.

Really, I was much happier not knowing about these limitations and continue to carry my tiny torch.

But now that I knew, the situation was untenable.

Something had to be done, starting with widening my perspective, use bigger flashllight sort of speak – and dealing with my crap. I am happy to say that things have changed a lot in that department, as you can tell by me standing here in front of you.

What’s with these “life changing events”…?!

I guess “life changing events” are called that way for a reason right? Getting sick was a life changing event, but something bigger was about to happen and it didnt involve me getting sick or bummed out again. In fact, I think I’ve never been happier. In november 2015 our twin daughter where born.

You would hope that we didn’t need such big events in our lives in order to make changes, but I guess being an avoider and sensitive to leaving stuff to the last minute: I needed that. It is reality calling to let me know there are other perspectives and perceptions to consider, reality may be as it is but we will never be done exploring.

Since my recovering from being sick, I had been dealing with my personal crap and I believe I’ll be a better parent because of it. But the business part was still a little under developed. With two babies on their way, I forced myself to reconsider the business model. And asked myself “what if I become 115 years old?”. After all I now had a reason to develop a vision from a wider perspective. I want to be around as long as possible for our kids.

From a whole new perspective came about a strong vision of my possible future and ways to get me there. I am not an entrepreneur, yet. I’m just getting started and I believe that if you share my perspective on reality, we can and should help eachother.

Thank you for listening, you are awesome. I hope you know that.