Other people's side-projects: 1. writing a book 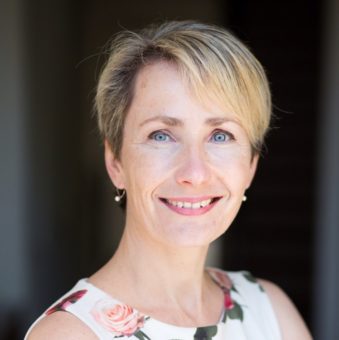 This week I spoke with Marrije Schaake, who with her partner owns a internet agency in Utrecht, Eend. Marrije is no stranger to side-projects as some years ago Eend & friends created onzelootjes.nl. A “secret Santa” website that has become quite popular in the Netherlands. I know we use it every year… Marrije’s latest side-project is a really cool one: writing a book about the Tour de France 2016!

Marrije is a big fan of the National Novel Writing Month, held every November on NaNoWriMo.org. She has finished 14 draft books as a NaNoWriMo participant. I think that’s pretty impressive: to finish a book draft in 30 days once. Let alone 14 years in a row? Wow!
She confessed that writing a book during NaNoWriMo is very stressful, specifically as there are time constraints. On or around every 20th of November she has a big break-down of doubt and worry about the book. But she gathers herself to finish the book on time before the 30th – she has never missed a dead-line!

A draft is but a draft

But, all of these book drafts are still just that: drafts. She has pledged many times to take up one of those drafts and write it into a full book, without following through. One particular story kept floating near the surface. The desire to write and finish a book became bigger and bigger.
To my greatest pleasure, she is now writing a story that revolves around the lives of TV producers, who are involved in the TV production of Tour de France in 2016. After inviting myself as a proofreader, I interviewed Marrije about this side-project. A couple of things really stood out for me as she spoke about the conception and the process of writing a book.

On having a coach

For the first time she is working with a writing coach. Someone that has written many books herself and has taught the art of writing to many other people. Though Marije has also written many books herself, a draft  and the finished product are not the same thing. Once she realised how valuable the right writing coach would be, her growth as a writer has been phenomenal.

Tips to writing a book

Rachael has taught her to think about the structure of a book, about the smaller and  bigger stories that form the ‘full’ story; making the flow of the story more readable and enjoyable, and more fun to write. Marrije explained that she can work on the book to progress this by choosing what part she wants to write that day. The writing doesn’t need to be a chronological act from start to finish. One day she may be working on a character’s background or dialog. Whereas another day she may choose to describe the scenery. Or work on a specific event during the 2016 Tour de France.
It was very liberating for Marrije to discover that you don’t need to start on page one and continue to the last page is done. That writing a book is just like a project that can be sliced up into actions: to do today, this week or this month and write in whatever order you feel like.

Knowing that she has her coach who helps by keeping an eye on the ‘big picture’ and progress, she can allow herself to work on small (or big) parts of the story without fear of loosing track. That you’re not alone in this venture: someone is involved, has your back and allows you to fully commit to your craft and talent. How amazing is that?!
When I spoke with Marrije she was three quarters of the way through the first book-draft. She is not worried about the next stages (editing and publishing), but fully focussed on writing the first and second draft. 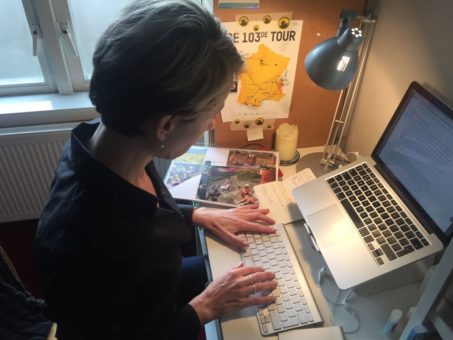 She writes every day, and at least 5000 words every week. When she’s on the road for Eend, she has her notebook and writes ideas or thoughts to work on later that day.
I asked Marrije if she worries about project-abandonment… She wholeheartedly said NO! There’s still so much passion and desire to complete the book, with less stress and breakdowns so tiny, they’re over before you notice them.

Goodluck Marrije, you are awesome. You know that, right?! (and you too, for reading! You know how awesome you are, right?!)

What’s your next side-project?

Get started with your ideas today, join the newsletter and get a free journaling template by BetterJournaling®
[convertkit form=4849894]