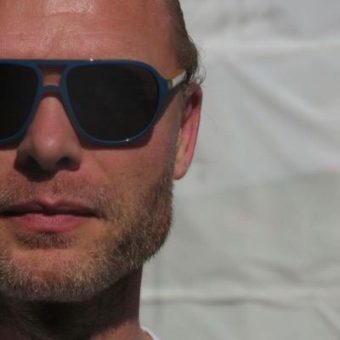 Gratitude… that is what I felt for being fortunate enough to be able to interview an another inspiring person like MCK: Matthijs Kamstra about his side-projects. But, where to begin…
You may know MCK from his paper-toys projects. This all started with his fascination for vinyl toys: you know the ones I mean – cool anime-like toys, for grown-up girls and boys. I know I like them, but the thing is… they are kind of expensive. Especially the bigger and cooler ones.
This was exactly how MCK felt. He found some people online that created paper-toys that also had the look of the vinyl toys. So, MCK started to create his paper-toys: designing patterns with the coolest graphic decorations. He shared these patterns on the web and he soon started to gather a following and was published in a book. So far he’s been featured in 4 books, and is a part of regular expos in Germany! 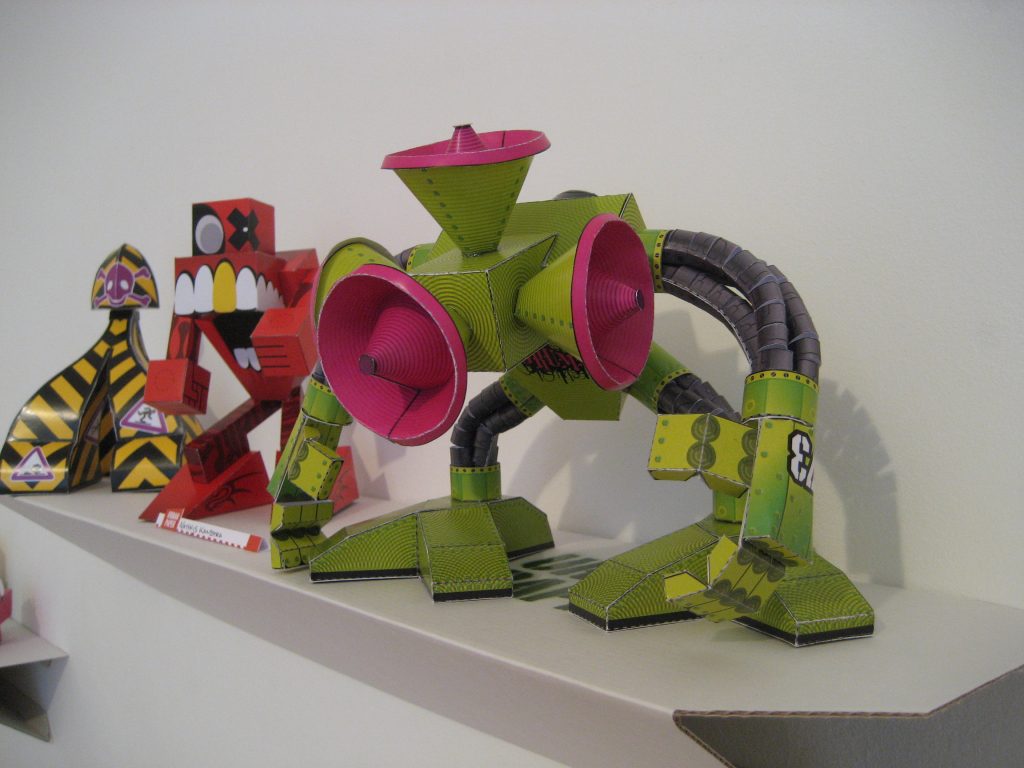 When my friend suggested that I contact MCK, he responded by saying: “sure… my side-projects have side-projects”… meaning, his famous GRUMM has his own Twitter profile, and there is a rumour that he has also published a limited batch of t-shirts. Supposedly these t-shirts are now unavailable, but that’s besides the point. GRUMM’s Twitter feed is fully automated and rendered: MCK wrote the code for a Twitter-bot that generates tweets, embroidered quotes and 3D-images of random paper-toys. 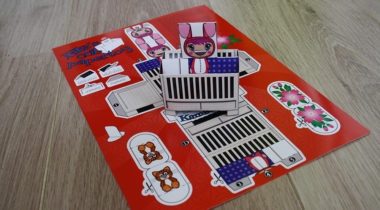 At first I wanted to ask, “how do you come up with this stuff?”… My true fascination was not how MCK thought up his creative stuff, but the successful execution of these mad ideas and concepts. Because MCK definitely has ‘so many ideas’; and a massive fire within him to execute them himself! He says that whatever he does is based on 3 characteristics: playfulness, art and tech; however during my conversation with him, I discovered some more important key elements: learning and togetherness or community.
The basis of MCK’s side-projects was always founded on playfulness, art and tech. He could spend every spare moment he had on his side-projects, with a Pippi Longstocking-like attitude: “I’ve never done this, so I think I can do it”. He’d learn whatever skills were necessary to get it done – with a never ending energy.

“I am always learning something, that’s why my time is always well spent and never wasted, no matter the outcome of the project”

As the ‘hacker in residence’ for Fonk, it is now his job to figure out crazy new ideas and ways. He’s not an inventor though, he says: “I’m a maker / tinkerer”. With the support of a Creative Coach, he now has the opportunity to create, for the sake of creating; all the while being able to explore the “why” that connects commercial opportunity with art. How amazing is that…?! 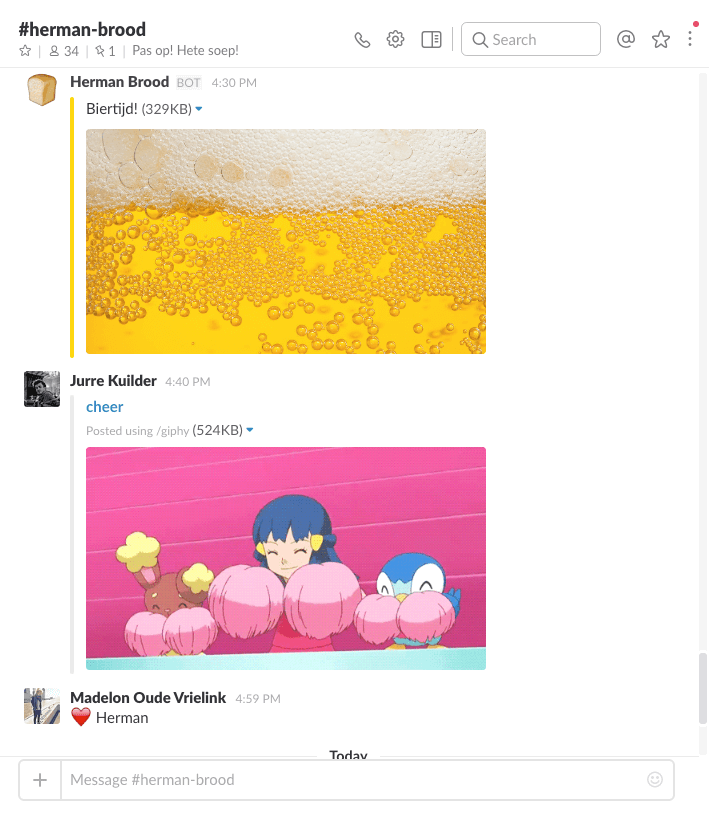 After his experiment with the GRUMM Twitter-bot, he used his experience to create 2 very charismatic Slack-bots for Fonk: Jack Hauwer and Herman Brood. Herman maintains the shopping roster, and even sends reminders to those having to do the daily groceries, or when it’s “Beer-o-clock” on a Friday. It’s safe to say that everyone likes Herman, and the fact that people interact with Herman Brood as though he was just another colleague, makes it the greatest art to MCK: playfulness… art… tech… learning and community. The same cannot be said for Herman’s colleague Jack Hauwer.
Named after Jack Bauer: with how he shares a passion for time and deadlines; Jack Hauwer lacked both playfulness and community. People genuinely started to dislike this nagging bot. A side effect of this, meant that MCK didn’t like to work on the Jack Hauwer project – one that had been designed to ensure everyone turned in their timesheet on time.

After his Creative Coach pointed out that Jack Hauwer lacked playfulness and failed to bring people together, he pulled to plug on Jack Hauwer, so that he could re-think this at a later time. My take-away on this is: have a ‘standard’ – in this case: playfulness, art and tech – it helps to choose the right things to do, or to put an end to what doesn’t meet this criteria.
MCK is currently working on another fantastic idea: he wants to program a paper-cutter that will automatically generate unique paper-toys – press a button and a one-off paper-toy comes out… What inspires me the most about this project is: he currently has no knowledge of electronics, but plans to figure that all out by himself… Teaching himself about circuits and wires so that he is able to program a random paper-cutter to create art! Learning and knowing is going to be a big process, so he breaks it down into bite-size chunks of mini projects, in order to achieve his big goal of creating random paper-toy art. 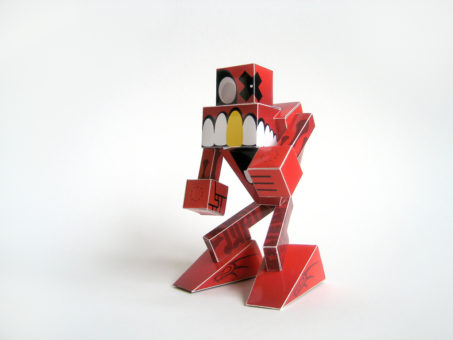 Everything lead up to this

I know what you are thinking… how do you get a job like that?! MCK says: “make your wishes and passion publicly known! If people don’t know what your passion is, or what you are good at and want to pursue; then no opportunity can find you”.
MCK himself wasn’t always so outspoken and public about his passion projects. As a matter of fact, he battled a bit of shame about his paper-toy projects, thinking it wasn’t a “serious and grown-up” project; so, he mostly kept it all to himself – until people started to respond and fans started to spread the word. The “not so serious” side-project led to where he stands today: the ‘hacker in residence’ who has been given the opportunity to figure out how to realise his wildest and most creative ideas… Another fantastic take-away: don’t hide your passion… If you keep it to yourself, nothing will happen!
MCK acknowledges that side-projects aren’t for everyone, as some people will not have that drive or the determination. For him, it’s about balance. This all started with MCK to express his creativity and the opportunity to work with his hands. As a programmer, he needed that outlet – like a hobby. There was never any commercial intention for any of his side-projects. The goal was always just to learn something new. Some people are content with knowing what they know, MCK has just one desire: to never stop learning.

Free your mind, occupy your hands

Just before we said goodbye, MCK added one personal note to everyone: if you have it in you to do side-projects, because you have ideas or a passion: DO IT! It’ll make you happier, especially if there is an opportunity to work with your hands, disconnect and be more present while working on your ideas. Besides that, he points out that recent studies have found that working with your hands creates distance from every day problems or even depression, to feel better about yourself twice! Once for working on with your hands making something (even if it’s crochet…), and once for ‘stepping away’ from worrying and clearing your mind. As a bonus, he adds that talking and working with your hands is all possible, in fact, you can have better conversations because you are not occupied! Funny how occupying your hands, frees your brain…

Goodluck Matthijs, you are awesome. You know that, right?! (and you too, for reading! You know how awesome you are, right?!)

What’s your next side-project?

Get started with your ideas today, join the newsletter and get a free journaling template by BetterJournaling®
[convertkit form=4849894]